by Port of Miami Crane Management | May 1, 2012 | Completed Projects

Upon issuance of RFP No. 750 by Miami Dade County, evaluation of proposals and recommendation to award, the Board of County Commissioners approved award of Contract No. 750 to Shanghai Zhenhua Heavy Industries Co., Ltd., (ZPMC) on November 15, 2011 for the design, fabrication, assembly, painting, transportation, installation, testing and commissioning of four (4) 65 Long Ton Capacity, Super-Post-Panamax, “H” Frame, Dockside, Rail-mounted Gantry Container Handling Cranes. As such, on February 14, 2012 the Notice to Proceed (NTP) with the contract work was issued to ZPMC to which there after the design of the cranes commenced.

As the County’s Gantry Cranes’ experts, Crane Management was requested by the Port to assist with all aspects of the procurement. In addition, Crane Management was appointed by the County Manager on March 17, 2011 to be the Technical Advisor to the County’s Selection Committee which evaluated and ranked the proposals, and, made the recommendation to negatiated with the highest ranked proposer. Simultaneously, the County’s Crane Program Engineer (Shaw-GBB aka CBI-GBB) was contracted to assist with the procurement and technical evaluation of the proposals.

Upon issuance of NTP, Crane Management under the oversight of the Seaport’s Capital Development proceed with overseeing the cranes’ design work by ZPMC along with GBB’s assistance. To this end, the first design review meeting was held in ZPMC’s office at Pudong Shanghai in early April 2012. The overall design and review process lasted longer than anticipated which upon its completion of the structural design permitted the structural fabrication to start on October 28, 2012 with the acceptance of the steel plate Mill Certifications and cutting of the first plates. Soon after the structural components were fabricated and assembled which allowed for the installation of the components and full crane erection to commence in late March 2013 with completion of all four (4) cranes in early April 2013. Oversight of the fabrication, installations, erections and commissioning was performed by WCS was contracted directly by Crane Management. Below are some pictures of the fabrication, assembly and erection process. 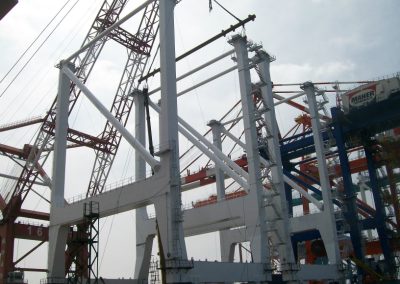 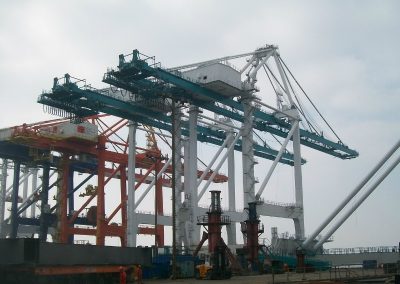 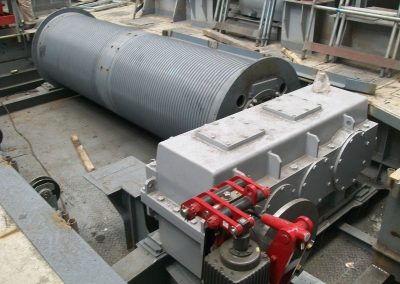 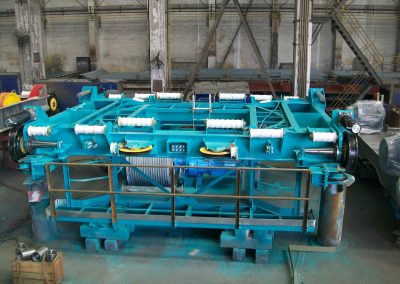 The Cranes were completed, loaded on the transport vessel and shipped to Port Miami on July 6, 2013. After an over two (2) month journey, the four (4) Cranes arrived in the Miami Harbor in September 2013. Once unloaded, commissioned and tested all four (4) Cranes were operational by November 30, 2013.